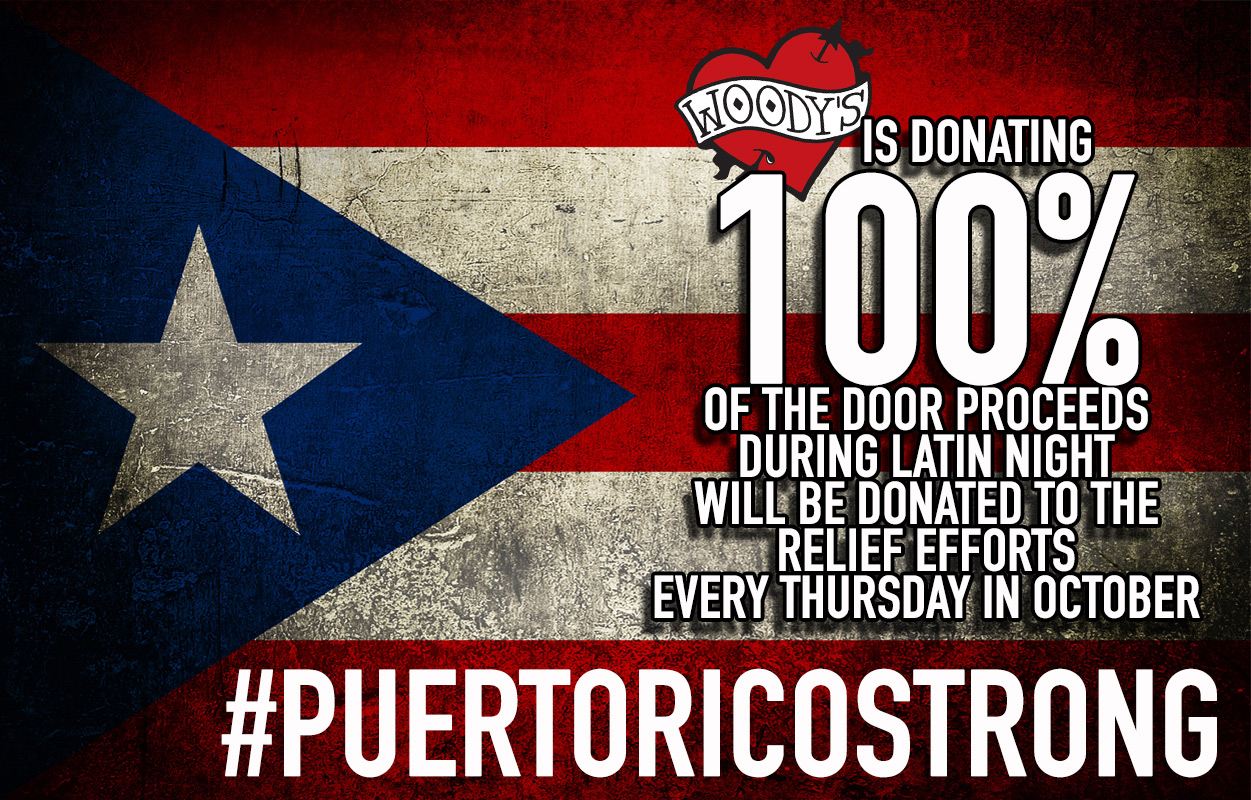 On Thursday October 26th, With your help throughout October, Woody’s was able to donate $6000 to the Puerto Rico Disaster Relief Efforts.

Woody’s donated 100% of the door proceeds,
every Thursday in October, to #UnidosPaPR.